Carlos Rosa will be and has been aggressive advocate for Luis Guiterez with a radical political agenda.

Step #1 violent Gang war. Humboldt Park the first step for political street army was to target the exsisting gangs and drug dealer location and replace with the Gang leadership that are  loyal solders of the Radical Political take over

Step#2 Apartment buildings and slum Lords are pressured to take tenants with Criminal background and or active gang bangers.

Step #3 Police Commander is encouraged to play the quo prp quo or the Commander will be replaced by a Luis Gutierrez sympathiser.

President Obama is likely to end the long prison term of a member of a U.S. terrorist group that tried to pressure the Federal government into granting independence to Puerto Rico.

The expected release appears to be related to the President’s restoration of diplomatic relations with the Cuban government, the related release of Cuban spies by Obama and political prisoners by Cuban President Raul Castro, and the president of Uruguay’s acceptance of suspected terrorists from Iraq and Afghanistan held by the U.S. at the  Guantanamo, Cuba naval base prison that Obama wants to close.

The Prisoner Oscar Lopez Rivera, a resident of Chicago, Illinois of Puerto Rican origin, was initially sentenced to 55 years in prison for the use force in a robbery, transportation of firearms and ammunition across State lines for use in a crime, and interstate transportation of stolen vehicles as well as conspiracy to overthrow Federal authority in Puerto Rico. He was a member of the Armed Forces for National Liberation (FALN) but was not convicted of any crime in which people were killed or maimed. He had 15 years added to his sentence in 1988 for escape attempts.

According to Puerto Rico Governor Alejandro Garcia Padilla, however, he is “in prison simply for thinking differently.” Lopez has served 33 years of his total sentence of 70 years. Unless otherwise released, he is not eligible for release until 2021. In 1999, President Clinton offered to commute the sentences of Lopez and 13 others who committed crimes in the name of Puerto Rican independence. Clinton found their sentences to be “out of proportion to the nationalists’ offenses” and the sentences given others for similar crimes.

His offer required renouncing the use of violence and being on parole after release. In Lopez’s case, the offer also required spending another 10 years in prison for his escape attempts. Lopez alone among the 14 declined the offer. Afterwards, Lopez’s sister said that her brother had declined because parole would be like “prison outside prison.” More recently, supporters of Lopez’s release have contended that he did not agree because Clinton did not commute the sentences of a husband and wife in prison for for more serious offenses committed in in their FALN activities. The couple were paroled in 2009 and 2010.

Had he accepted Clinton’s offer, Lopez would have been released in 2009. The U.S. Parole Commission denied Lopez parole in 2011. Why a Release Newspaper El Nuevo Dia reported today that an Obama Administration official said the Administration supports pardoning Lopez, and it is likely that the President will, although not soon. Also, an unofficial Uruguayan source said that President Jose Mujica has a commitment from Obama to release Lopez. Mujica helped mediate the restoration of diplomatic relations agreed on by Obama and Castro, asked for the release of Lopez along with the Cuban spies, and took the prisoners from Guantanamo, helping Obama in his controversial goal of closing the prison.

Last week, U.S. House of Representatives Member Luis Gutierrez (D-Illinois) told a reporter for GFR Media that he is “confident” Lopez will be released, but he suggested that it would be soon. Gutierrez, whose family is from the territoryand who has a home there, was a friend of Lopez’s in Chicago, and has been a leader of the campaign for Lopez and the other FALN prisoners to be pardoned. Gutierrez left open the possibility that he raised the Lopez issue at a recent dinner with Obama related to the President’s order that many illegal aliens in the U.S. not be deported.

Gutierrez has also been a leader in the effort to win citizenship for the aliens. The congressional advocate of independence for Puerto Rico — who works closely with “commonwealth” party officials — said that any discussions with Federal officials on the matter will remain “completely confidential.” But he asserted that Puerto Ricans should take it on “faith” that Lopez will be allowed out of prison soon. This week, a relative of Lopez’s in Uruguay said that she had “some information from Uruguayan authorities that” Lopez “will be here very soon.” She said that there were talks between U.S. and Uruguayan officials on the issue. Friend of Gutierrez Born in Puerto Rico, Lopez grew up and lived in Chicago.

He also was a leader of the FALN, which used violence to try to obtain Puerto Rico’s independence, although Puerto Ricans overwhelmingly reject the status. In a plebiscite in November 2012,independence obtained only 5.5% of the vote.  The plebiscite was won by statehood, which got 61.2%. The FALN was linked to more than 100 bombings and five deaths in the 1970s — but Lopez was not tied to any of these. He refused to defend himself when on trial, however, contending that he was a “prisoner of war.” Before any of the 14 accepted Clinton’s offer of reduced sentences, Gutierrez and Rep.

Nydia Velazquez (D-New York) helped lead a campaign in Puerto Rico to pressure Clinton to drop his conditions for commuting the sentences. The campaign had no success but it provided time that Republicans in New York used to generate a firestorm of opposition to Clinton’s offer. They charged that the offer was an effort to boost the U.S. Senate ambitions of First Lady Hillary Clinton. It was later found that she had not known of the offer beforehand and did not agree with commuting the sentences.

The opposition to the commutations grew to be so widespread that both houses of the U.S. Congress voted overwhelmingly against the offer, a symbolic move because of the president’s power to pardon. Gutierrez and others have long hoped that the election of Chicagoan Obama would result in an unconditional clemency offer for Lopez.Carlos Rosa will be and has been aggressive advocate for Luis Guiterez with a radical political agenda. 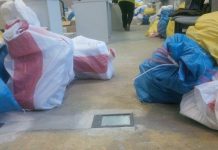 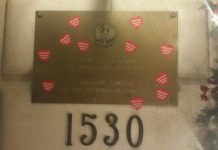 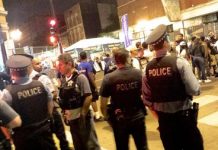